Dollar General Executive Strives To Maximize The Impact Of Each SKU

GOODLETTSVILLE, Tenn. — Meetings with vendors are a big part of Larry Gatta’s job. As Dollar General Corp.’s senior vice president and general merchandising manager for consumables, Gatta attends more than 75 joint business plan sessions a year. In these meetings, the retailer and its suppliers develop the strategies to drive productive sales and review marketing and merchandising platforms that must resonate with their core customers along with providing Dollar General with the uniqueness and differentiation that separate it from their competition. Gains tend to be gradual, but there are light bulb moments where intelligence gathered in the course of doing business in one place produces an insight that pays dividends in another.

Gatta recalled one such moment, as meeting participants challenged one another to contribute a nugget that might help Dollar General better serve its value customers. Someone mentioned the 100-calorie portion-control, national-brand candy bar that, at the time, was successful in emerging markets. Gatta grasped the concept was a perfect fit with Dollar General’s core value-conscious consumer and for its new front-end queuing line, a set-up designed not only to accelerate the checkout but also to create impulsiveness around candy, snacks and ­beverages.

“We were the first to launch it [in the United States], and it and it has been incredibly successful,” Gatta said in an interview.

Gatta is Mass Market Retailers’ Front-End Merchant of the Year for 2016.

Gatta got his start in retail as a teenager working as a part-time clerk at a Valu King discount store that subsequently was acquired by Giant Eagle Inc. After earning a bachelor’s degree in management from Youngstown State University, Gatta went to work for Giant Eagle in Pittsburgh. He later took a job at Youngstown, Ohio-based discount drug store operator Phar-Mor Inc., where he worked for 15 years in various capacities, mainly in director roles in marketing and merchandising.

In 2002 he moved to California to take a job with Longs Drug Stores Corp. as group vice president of marketing and merchandising. He became the company’s chief merchandising officer in 2008. In 2009, the chain was acquired by CVS Caremark Corp. Gatta and his family moved east and settled in the Nashville area, where Dollar General is headquartered.

Another important part of Gatta’s job at Dollar General is maximizing the impact of each SKU. “We’re constantly looking at SKU productivity,” he said. Dollar General has a little more than 10,000 core SKUs, roughly half as many as he dealt with at Longs Drug. Consequently, his current job requires more rigor and discipline in the task of guaranteeing every item occupying shelf space is pulling its weight.

“We have many category management disciplines we go through, such as post-mortems, where we review the entire category and follow up with a business review, looking at not only how the SKU performed this year but how it performed over the last two years,” he said.

As a result of these reviews, turnover in any given planogram ranges from 10% to 15% a year, he said, and in some instances it is as high as 18%.

“We work with our vendors to make sure their SKUs produce,” Gatta said. “They have to produce or we’ll look for an alternative product.”

Vendors are also a source of much of the innovation that allows the consumables category at Dollar General to grow “without cannibalizing the next move,” Gatta said.

“When you’re in a limited-SKU environment, you have to be really selective that you don’t start picking up SKUs that are just another add-on flavor. We’re not going to carry multiple brands of the same segment, such as vegetables,” he said. “We’re probably going to carry the private label and the national brand. When you look at grocers, they’re going to carry four different kinds of cake mixes, and three to four different kinds of vegetables. So we’re very selective, and we want to be sure we offer products relevant to our consumers.”

Sales of consumables increased 27.8% from 2013 to 2015. Food and perishables accounted for 20% of Dollar General revenue last year, comprising the retailer’s largest single category in terms of sales. Perishables sales have grown 15% a year over the past three years, a pace that has allowed Dollar General to significantly increase its market share in perishables. Still, the company captures just 3% of customers’ annual spending in this category, and Gatta sees room for growth as stores are retrofitted to hold more coolers stocked with a greater selection of food and beverages.

Consumables are what help bring customers into the store. The food, pet supplies, paper products, home cleaning supplies, tobacco products and perishables that are under Gatta’s purview account for nearly 65% of Dollar General’s total business. Making sure each product appeals to the retailer’s value-conscious, convenience-seeking customers and aligns with the company’s everyday-low-price strategy is his No. 1 priority, ­Gatta said.

“It’s about delivering results, day in and day out. My objective is developing strategic priorities and bringing them into operational reality,” he said. “I hold myself and my team accountable. It’s not demands, it is about building trust. I feel it is key to foster great partnerships and collaboration with our vendors. Success results from clear communication of the goals and objectives and then working together to properly execute them.” 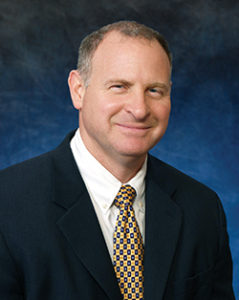